Hey! An undefeated week! Not too bad, especially with how tight the matchups were.

Championship November takes a break this week as the contenders are playing the mediocre and downright bad teams of the league. But don’t dismiss that 5-5 teams just yet; the fight for a bowl berth is still in play. Look for these games to be closer than the experts think.

This is actually a tricky spot for TCU. How are they going to handle the death of their playoff hopes from last week? Going into a rivalry game (or at least that is what the TCU kids last weekend told me) on the road, especially in Lubbock is hard. However, it’s 11 am so absolutely no Tech kids will be there in the first place. I’m 1-0 on this theory. TCU, 24-10.

Whooooooa the disrespect towards the Wildcats! OSU favored by freaking 20.5? I know the Wildcats aren’t great, but that’s a high line, even when going against that Oklahoma State offense fighting to stay in the Big 12 championship race. Expect Kansas State to keep this one close, but not too close. OSU, 28-14.

Poor Iowa State. They had a damn good run, but this Big 12 is just too good to survive in if you lose to teams like Texas before you randomly decide to be good again. Hey, at least they get in a bowl, which would have made most ISU fans season if you told them that in August. They’ll beat the snot out of Baylor this week. 31-7

Alleged “best quarterback in the Big 12” Will Grier goes up against a Texas team just trying so hard to get bowl eligible. Texas does have a good defense, but I just don’t see them winning this one in Morgantown. And picking this week is really, really, really boring.

This one is just going to be a bloodbath. However, get excited for Kyler Murray in the 2nd half. I’m actually really excited to see him unleashed. That part is going to be great. The rest? I’d rather watch the OU spring game. OU, 65-3. 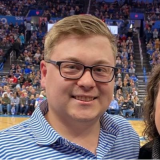