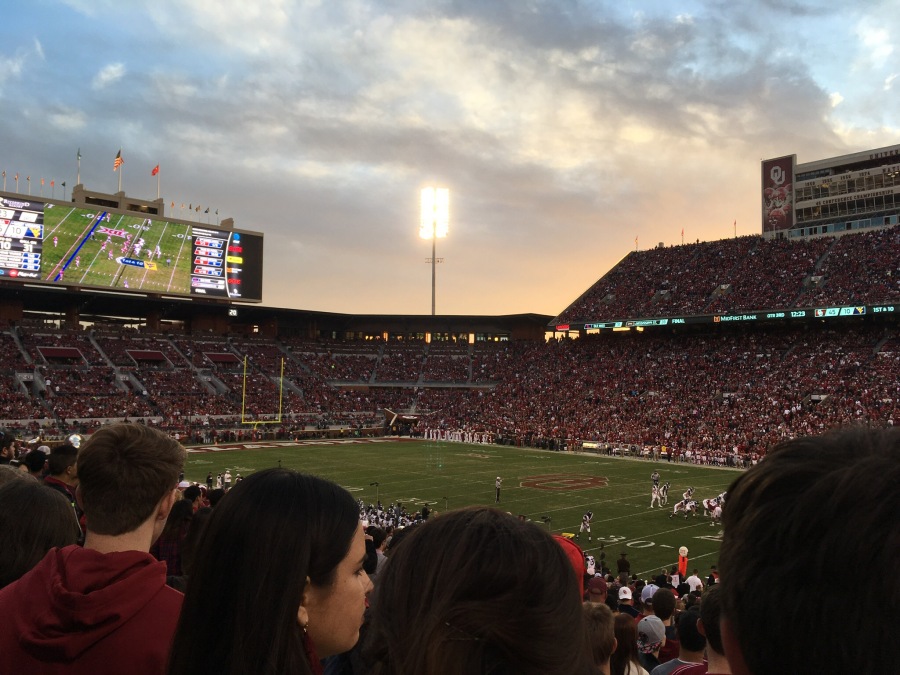 For a season of antics, drama and heart pounding moments, the 2017 Oklahoma Sooners season ended rather quietly. Despite the emotions flying around on Senior Night, the game was a Sooner blowout from the first snap, where Kyler Murray darted off for a 66 yard run. The OU offense clicked on all cylinders with Baker at the helm, tearing off 35 points in the 2nd quarter.

MVP: Baker Mayfield. After all the hoopla last week, he showed up, did his job and walked off Owen Field as potentially the best player to ever wear the interlocking OU. S/o to whoever played the video of our previous 5 Heisman winners right before cutting to a not-so-subtle shot of Baker on the sideline after getting his curtain call. Hell of a career.

LVP: Me for picking WVU +23 and blowing my parlay. I should have known better.

Up Next: TCU again in the Big 12 Championship. Yay?