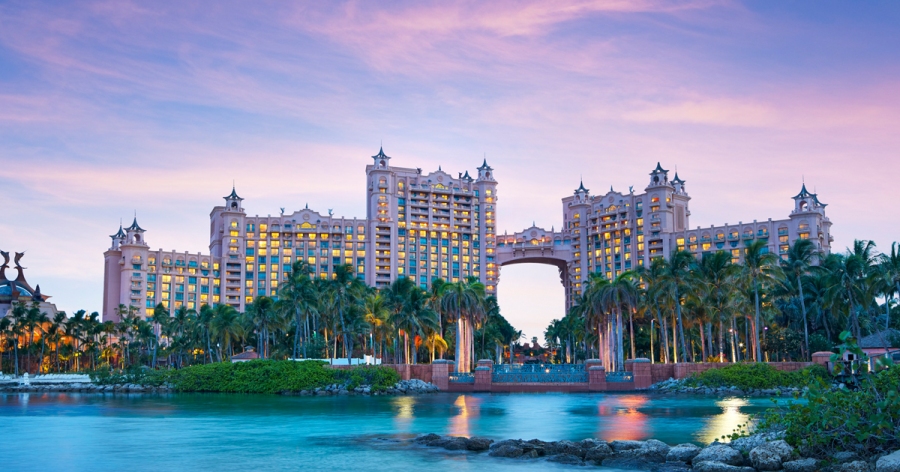 While the West Virginia game is rightfully on the forefront of the mind of Sooner fans right now, the OU basketball team is about to face their first gauntlet of tests this season with the Battle 4 Atlantis tournament booting up tomorrow at 11 AM. While the 3-0 start has been encouraging, this tournament should serve as a measuring stick of what we can anticipate out of the Sooners going forward this season.

I’m using this tournament as the de facto start of our basketball coverage, so here are five things you need to know about this OU basketball team so far just in case you are still in football mode.

The general thinking about the Sooners this season after the loss of Trae Young was that he was leaving behind a hapless roster that would look like “the island of misfit role players” rather than a solid basketball team. However, this team seems to really gel well together in the absence of Young. The scoring is balanced, defensive intensity has improved and honestly there seems to be real chemistry where there wasn’t any last season.

Much of the effort issues that plagued the Sooners last season has dissipated and this looks like a team that believes in itself to win some games. Oklahoma already took out a solid Wofford team on Sunday that made the tournament last season and is poised to do so this year as well.

2. Christian James is the #1 Option

The big question entering the season was the matter of who would take the reigns as the primary scorer on the team. While it is too early to call at the moment, it seems clear early on that Christian James will mostly likely be Oklahoma’s workhorse scorer. In his first two games, James poured in 29 and 24 respectively and had a solid 15 against Wofford.

3. The Transfer Guards Are Making A Huge Impact

After having such an unstable season last year, it is nice to have a steady presence at point guard. Thankfully for the Sooners, they have two. Aaron Calixte and Miles Reynolds have been key in operating the OU offense. Calixte is a score-first point guard that works within the confines of the offense to get his buckets. Reynolds usually plays a more complementary role as the backup, but has shown a knack for getting to the rim as well.

4. Brady Manek Has Found His Role

Brady Manek had a freshman year pretty similar to mine: impressive start, followed by a steep decline once the year went along. He showed a knack for knocking down big corner three’s and looked to be the perfect wing man for the Trae Young show. Once the threes stopped falling however, they REALLY stopped falling and Manek eventually fell out of the starting five.

This year, we’ve seen a totally different guy so far. After bulking up (fortunately, not the same type of “bulking up” as sophomore year me) in the offseason, Manek has been playing a different style than the timid corner specialist we saw last season. The Harrah native has notched a double-double in all three games this season, with quite a few rebounds being actual scraps. He has also taken a more aggressive approach to scoring, showing a cutting ability that we saw in spurts last season.

5. Jamal Bieniemy is Going to Be Special

We’ve only seen pieces of Jamal Bieniemy so far and the statsheet doesn’t quite tell the full story of his impact, but the freshman has made a big impact on the Oklahoma backcourt defense. Bieniemy recorded five steals against UTSA to go along with eight points in his best game, but his defensive presence helped lock down Wofford during the 20-4 Sooner run that defined the game. As the season progresses you would hope to see more scoring, but the blueprint is there for Bieniemy to be great.