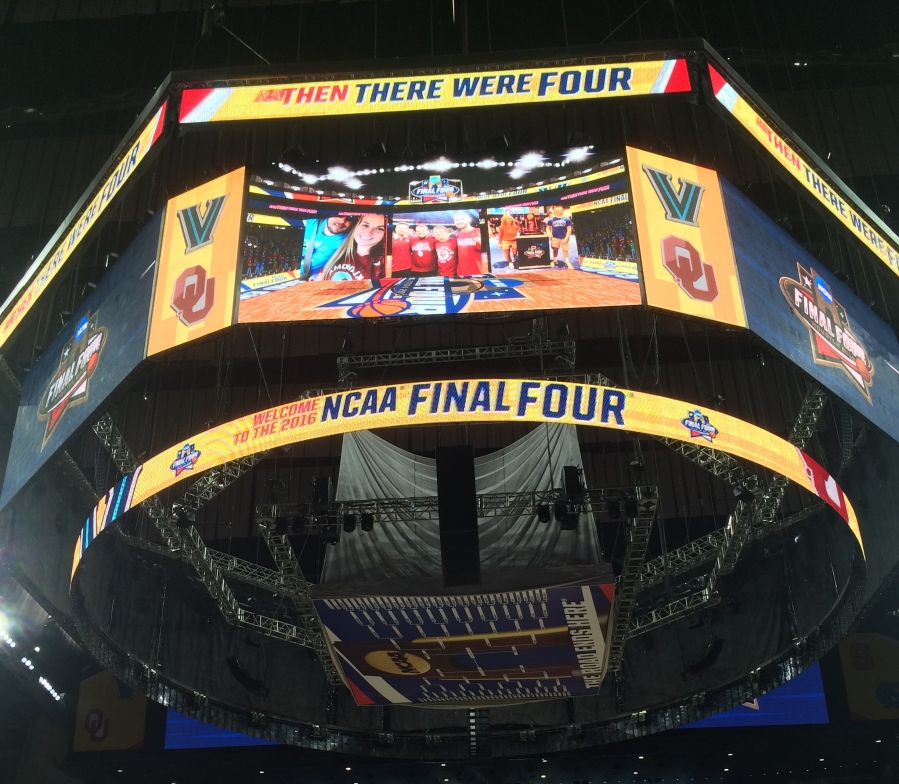 It’s March, which can only mean one thing:

Sure, that hasn’t meant much in Oklahoma since that abysmal day in Houston back in 2016, but guess what? Basketball is fun, even if your team is mediocre (which OU certainly is) and if you are in, the tournament becomes significantly more interesting. While the actual NCAA Tournament does start for another 18 days, the last few regular season games and Big 12 tournament will be crucial in determining whether or not the Sooners make the big dance.

So if you haven’t been following along with OU basketball this season, consider this a primer for the games to come so you can watch like you’ve been at it all season.

Will the Sooners make the NCAA Tournament?

Long answer: This season has been a bit of an expectations roller coaster, similar to last season.

Stop me if you’ve heard this before: a low expectations OU basketball team has an impressive non-conference season and becomes a nice fun, likable team. They develop the “you need to come to the LNC and see this team” hype and when they finally get the attention they’ve been stumping for and crack into the Top 25, they immediately collapse in a series of embarrassing home Big 12 losses and immediately lose all fan support. However, due to the impressive non-conference resume, they are still in contention for a spot in the NCAA Tournament despite not looking better than decent in weeks.

So basically 2018, but without Trae Young.

The Sooners are firmly on the bubble at 17-11, with their abysmal 5-10 Big 12 record bogging them down. In order to solidify their spot in the tournament, the Sooners need a win Saturday in Norman over a bad West Virginia team and perhaps a home win over Kansas or an unlikely road win against Kansas State.

Basically: if the Sooners lose to West Virginia Saturday, you might as well fire up your NIT plans.

Who is the best player on this OU team?

Here lies the biggest issue with the Sooners basketball team this season. For all their balance in the non-conference run, Oklahoma has not been able to find a go-to player. Senior forward Christian James has been unreliable at best over the past few months, completely vanishing at times. Guard Jamal Bieniemy has shown up periodically in big moments, but the freshman guard just quite isn’t there yet. Kristian Doolittle has been effective at times but isn’t the guy you want creating offense down the stretch.

This is the downside of playing by committee. While having one guy shoot every time (cough, Trae) isn’t what you want in an offense, this team has looked clueless at times. Considering that experience and veteran leadership is vital in the tournament, I’ll go ahead and say that James needs to be the guy going into March. Look for him to get plenty of touches down this final stretch.

What happened? I thought we were good?

The Big 12 happened. With the double round-robin format, every game is a bloodbath when considering 8/10 teams are in ESPN bracketologist Joe Lunardi’s most recent projections. Hell, even the two bottom feeders of the league, Oklahoma State and West Virginia, can sneak up and bite teams.

Despite this, OU just hasn’t been able to handle the heightened level of play of Big 12 play. The two transfer point guards, Miles Reyolds and Aaron Calixte, have both fallen completely off the face of the Earth. Brady Manek, who was much improved in both his scoring and rebounding, has once again vanished midway through the season. Jamuni McNeece, who suffered a foot injury towards the end of the non-conference run, has hardly played since.

Will the Sooners improve once they get outside of Big 12 play? It might not matter, considering the second round game is looking like a 2 seed matchup.

How deep can the Sooners go in the Big 12 Tournament and NCAA/NIT Tournament?

Earlier this season, I thought OU had Sweet 16 potential. Now? Probably getting out of game one in either tournament would be a tremendous accomplishment. Making the NCAA Tournament alone would be a solid end to this season.

However, if Oklahoma ends in the NIT, they need to win the damn thing. This team is good enough to beat mediocre teams and snubbed mid-majors, they just need the motivation to do so.

So, is this worth following?

Of course, it is. Because between now and August, the only thing we have to satisfy our craving for OU sports are getting drunk in the outfield for baseball, a freezing cold football scrimmage and randomly caring about a sport that we know nothing about, but enjoy winning so we watch it anyways (softball). Even if this run isn’t deep, it’s always fun to watch meaningful basketball in March.

Also, follow our offseason podcast Off the Wagon for all things Thunder basketball and more. We’ll get through this college football off-season together.