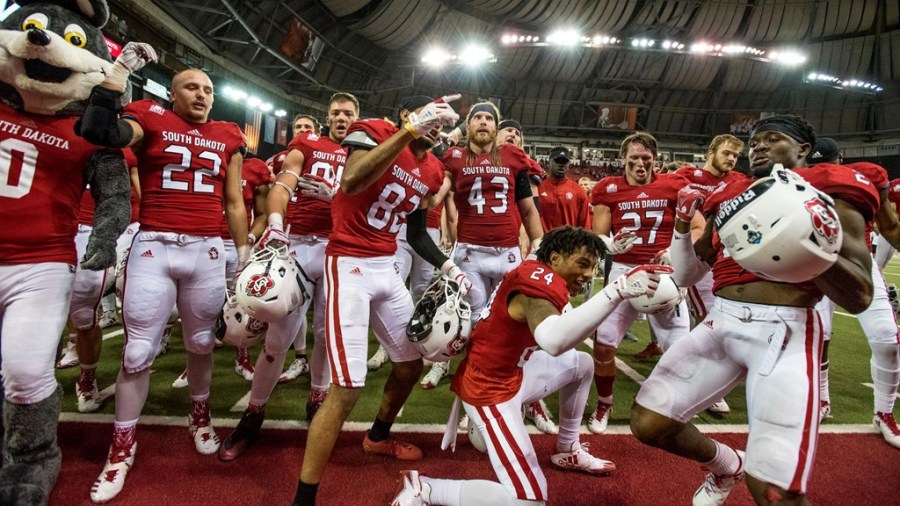 Just like that, we are back on to the next game. While short weeks are usually concerning in football, the lack of rest doesn’t matter much as FCS South Dakota comes to Norman.

Folks, this one is gonna get ugly.

When you are potentially the fourth best team in the Dakotas, that’s cause for alarm.

Look, I know the whole “aNy GiVeN sAtUrDaY” thing is real (lol @Tennessee) and you should never overlook any opponent, but South Dakota also got whooped 31-14 in their first game by Montana, who would actually be a FCS team worth worrying about.

I’m Not Going To Waste My Time On This One

Seriously, South Dakota is not good.

Okay, I know the lead up hasn’t posed this as the most tantalizing game. Sure, LSU-Texas is on at the same time. However, I’m actually excited to watch this bloodbath!

The reasons to have interest in this game start and end with getting your first look at the future of OU football. For those unaware of the greatness of this spring’s recruiting class, there is a lot to be excited about, namely the #1 quarterback in the country, Spencer Rattler along with receivers Theo Wease, Trejan Bridges and Jadon Haselwood, all three of which were ranked top five in their position.

While we saw some of the wide receivers get some burn last game, this will be our main chance to see the youth movement in full force and potentially one of the only times we see Rattler all season. This group has been so hyped for so long and getting to see them all play together early will be an absolute treat.

OU famously does not tend to schedule FCS teams due to the fact those games are pretty much just win column fodder. South Dakota is only the fourth FCS to play the Sooners since 2000, with the last meeting coming in 2012 with Florida A&M.

Nothing really interesting happened in any of these games, so I’ll just go ahead and stop writing.