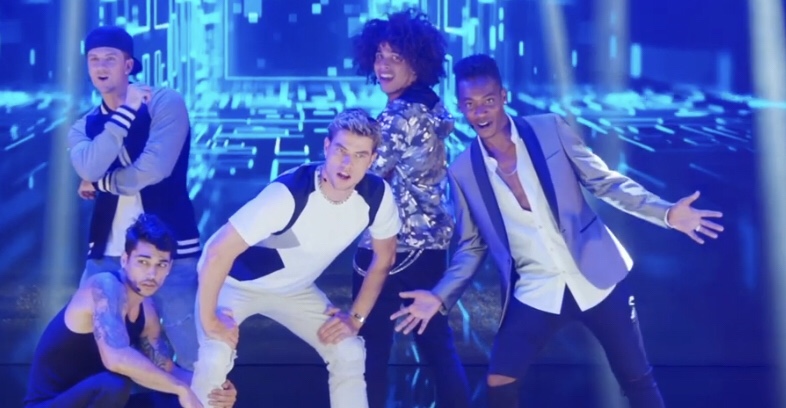 Every college football season, fans are tortured by something that has nothing to do with football. Whether it’s an earworm Imagine Dragons song or irritating commercial, it’s always something.

However, nothing could prepare us for the hell that is AT&T’s Summertime Lover commercial.

Summertime Lover combines the painful audio repetition of an ESPN bumper song with the inescapable nature of an overpaid advertising campaign. After two weeks of it, college football fans are damn near ready to riot against this stupid boy band. So here is my power ranking of this terrible group of people by how much I want to punch them in their stupid faces.

Okay, this is actually pretty funny. I hadn’t noticed him until breaking down this article, but I did laugh and it’s too perfectly stupid to be mad at. Still punchable, but easily last.

The most neutral of all the members. I very much dislike him, but he’s not egregiously obnoxious or anything.

2. Guy in the Act of Pooping

In a true upset, the centerpiece of this disaster of an advertisement is not the worst member. He’s responsible for nearly all of the putrid singing, looks like he’s a few hours past from eating some Spicy chicken from Popeye’s AND is rocking some frosted tips, but there is one far worse.

Although, he is close.

This man is Barstool’s KFC. You cannot convince me otherwise. He looks like he’s about to spew some cold ass take like barbecue being overrated, or some other clickbait-y take.

Everything about him makes make want to punch him. I actually punched my phone during the construction of this article.

The true champion of awful.