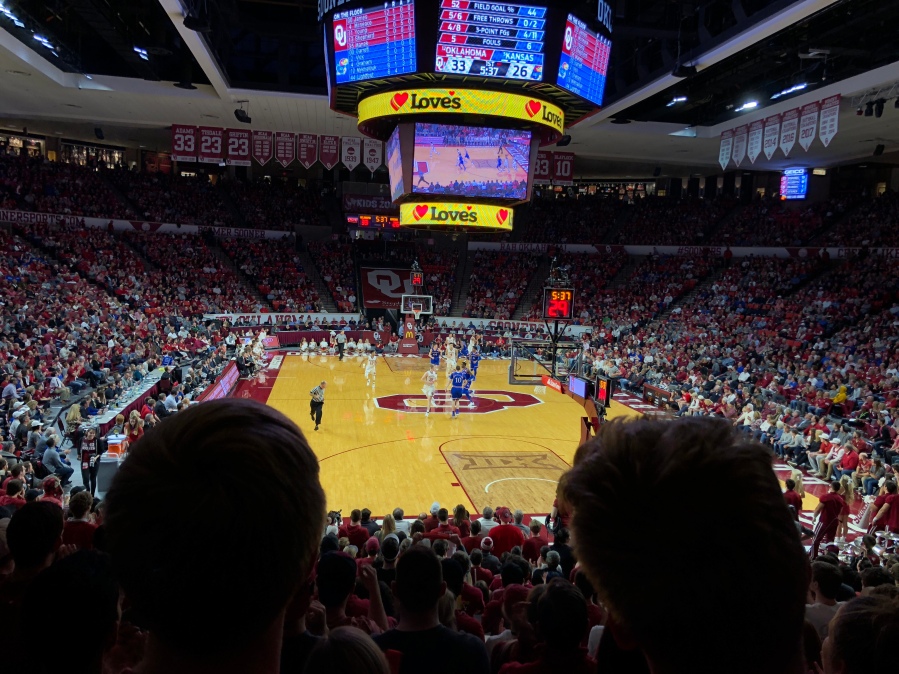 What is this? A proper preview article for a major sport and not a random, shoehorned in, midseason weekly recap series?

It’s basketball season folks. While Trae Young is putting up massive stat lines in Atlanta with no real heir apparent star waiting in the wings, there is a new addition to the Lloyd Noble Center that has me ready to hit every game: beer. Sure, beer can’t make threes or drop fancy dimes, but at least I know it’ll be at the arena every game.

Okay, okay, that might be a bit too harsh on Trae and crew last year, but that was one of the most frustrating seasons of sport I’ve ever watched. If it was a roller coaster, it might have been fun. However, it felt more like a sharp plummet into the pits of bad shot selection, a general lack of help and frustrating defeats. If we were just bad, that would be acceptable; however, the whole streak was hovered over by the lingering feeling that our own tiny basketball Jesus would show up and start making shots again.

While OU probably won’t be a tournament team, at least we know what to expect. This is a team in transition, with several Buddy Hield era vets about to graduate and a few young players looking to take the next step.

Before the Sooners open up the regular season Friday at UT-Rio Grande Valley (yeah I got no clue don’t ask), let’s take a little look at the five big questions going into the 2018-19 campaign, as well as some newcomers that you need to take note of.

1. How can this team handle this schedule?

We all know how tough the Big 12 grind can be in basketball; not only are the teams some of the best in the country, but you have to play everyone twice. That obviously wasn’t going to be anything new.

This non-conference schedule though is going to be brutal.

OU starts the season the road with two UT-school system teams, who aren’t great but have upset potential before the home opener against Wofford, who took out North Carolina last season and played them tough again Tuesday night.

Then, things get hellish. This season, OU is in the Battle 4 Atlantis tournament in the Bahamas during Thanksgiving, opening up against a very good Florida team. The rest of the teams in there are a murder’s row; UVA, Butler, Stanford and Wisconsin are also in the mix. I wouldn’t expect much from this.

OU also has tough tests against Notre Dame in New York City, Northwestern in Evanston, USC in Tulsa, Wichita State in Oklahoma City and Creighton in Norman (Vanderbilt is also coming to campus, but that’ll come as a bit of a relief in January).

The OU boys will need to grow up quick if they want any chance of making a postseason tournament.

(Spin zone? This is the best schedule in the nation. So we have that going for us.)

As fantastic as Trae Young was, his departure created a massive playmaking vacuum. The way the season went seemed to sour on some within the program as we saw Kameron McGusty and Jordan Shepard transfer from the program. As a result, we have no idea who our “go-to” player is going to be.

Aside from Hannes “The Cement Truck” Pöllä, there is not much star power on this team. All kidding aside, Brady Manek is probably the safe bet to take the leap to lead man. Manek had an inspiring start to last season as reliable three point threat and slasher, before falling off the face of the earth during The Slump. His further physical movement into becoming a young Larry Bird (Larry on the Prairie is a GOAT nickname) gives me more hope that he will be the “star” of this team. Let’s hope he can not only take the leap, but show signs of consistency that he lacked last season.

Maybe. OU was selected 7th in the preseason Big 12 poll, only ahead of Oklahoma State and Baylor. The Cowboys and Bears, much like OU, are going through a big of a transitional period as well with several players lost due to graduation. The brutal non-conference schedule will do one of two things; toughen up the Sooners for the Big 12 gauntlet, or grind them into a demoralized paste. If anyone can manage a turnaround however, it’s Lon Kruger. Expect the Sooners to show some guts this season.

4. Do the Sooners get an Upset?

I’m gonna go with yes! Give me a beer fueled LNC over Kansas in February. The Jayhawks will be riding high and will put up a dud on a frigid Tuesday night. KU Center Udoka Azbukake (just trust me on that spelling) will miss many a free throw and OU’s record will be just rough enough to merit a court storm, giving this lukewarm season it’s very own one shining moment.

5. Will I live up to my promise of making every home game?

Easily the most talented out of this bunch of newcomers, Jamal Bienemy is a 6-3 guard out of Katy, Texas. Bienemy is a four-star combo guard that provides much needed shooting as well as a spectacular finishing ability at the rim. While you shouldn’t expect to see Trae Young level quality of play this season out of him, Bienemy has a very high ceiling and will show flashes of greatness this season.

After a mass exodus of guards occurred this past offseason, Lon Kruger got to work to patch up the holes. Aaron Calixte, a 5’11 graduate transfer from Maine, might be the best piece of the bunch. Calixte averaged over 16 points per game last season for the Bears and brings a Jordan Woodard like game to the floor with his shooting and ball movement. Expect to see plenty of Pacific transfer Miles Reynolds as well.

Kur Kuathe is a JUCO transfer out of Salt Lake City Community College that bring raw athleticism and length to a team that lacks a bit in both of those categories. Kuath has the ability to hit a solid jumper, but is mainly going to be a defensive threat around the rim in spot duty. He is a bit of a raw prospect, but as the old adage goes, you can’t teach athleticism.